Measure 1. In the beginning there is nothing ; from this you create the world. The mood is mysterious ; something is being born. Touch the opening octaves softly, pergaps using some pedal. Bring out the bass seventh, G to F, holding the octave G’s so that at the end of bar 3 you have the dissonance between G and the lower A-flat.

Measure 8. Explode ! Start the Allegro with energy. It makes no difference whether it is the explosion of matter or passion, but you should convey the sense of something being born out of nothing. 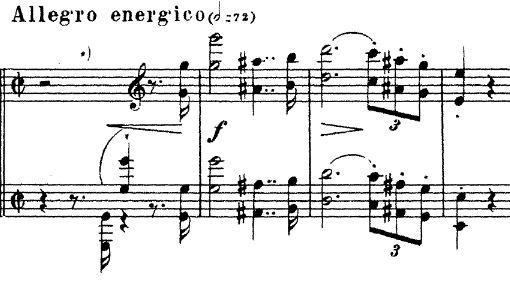 Measure 14. Continue the forte marcato theme in exactly the same tempo ; keep this basic tempo all the way to the Andante sostenuto slow movement at bar 331. Many critics connect this sonata with the Faust legend ; the marcato has the character of Mephisto, the devil. 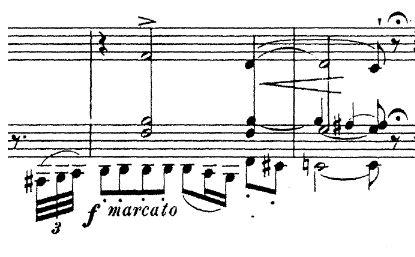 Pay attention to what is written. For example, measure 8 is marked Allegro energico and measure 18 agitato. The agitato transition section should be a little faster than the preceding measure. 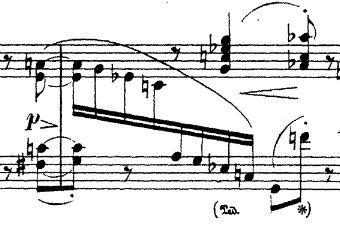 Measure 18. The agitato begins piano ; then at bar 22 comes a crescendo, and at bar 23 più crescendo to the fortissimo at bar 25. Liszt wanted a crescendo from piano to fortissimo in just four measures. 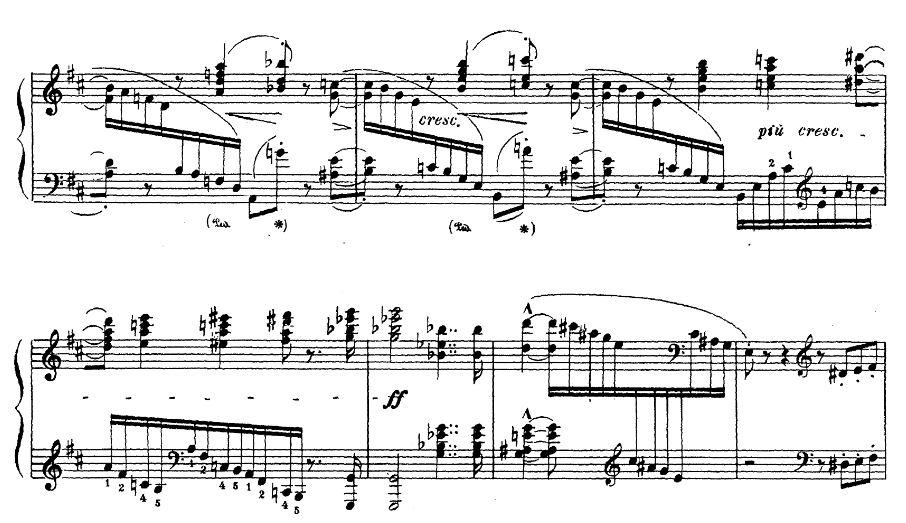 Sometimes I compare this crescendo to climbing stairs ; the different dynamic levels are like the floors of a building. Running up five flights is like the crescendo from piano to mezzo piano, mezzo forte, forte and fortissimo. You will be panting when you reach the top, and the same should be true as you play. Don’t underplay this big crescendo ; express the depth of the music’s passion.

Measure 32. Be exact with your fingerwork. Don’t be afraid of this passage or you won’t create the necessary tension.

Measure 45. Although the ear mainly hears the crossing syncopated figures, the syncopated notes should not sound like downbeats. You can’t show the primary beats , but you need to know where they are. Don’t lose the tempo or the rhythm ; the music should breathe. 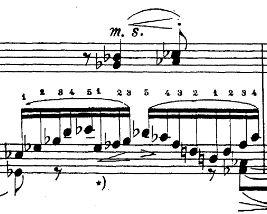 Measure 55. The tempo should stay the same ; don’t let it become weak, especially at the triple forte in bar 67. 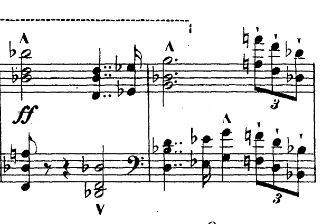 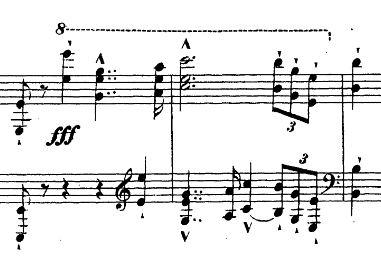 Measure 82. Here Liszt wrote a single fortissimo note an octave lower. The second time the phrase appears, at bar 87, it is marked piano. 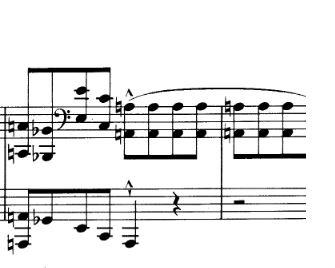 Measure 120. Maintain the same tempo here. Do not play it like the Andante sostenuto in F-sharp at bar 331. 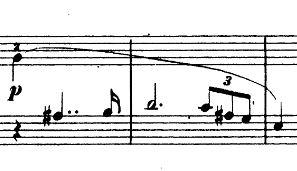 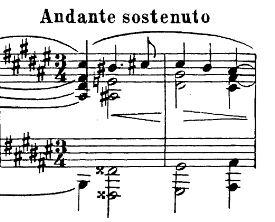 Measure 125. Unfold the dolce con grazia with rubato, freely but in the same basic tempo.

Measure 141 (a tempo). The devil again shows his face, with the same Allegro energico tempo as in the beginning. 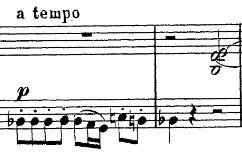 Measure 153. The second theme in D major is important. Many pianists play it in a whispered, whiny fashion. It is not a nocturne. Liszt marked it cantando espressivo, and in the reprise he red-penciled senza slentare (without slowing down). This theme is the expression of passion, of love. When you tell someone, « I love you », you are energetic, not sleepy. Let the music sing with a full voice. 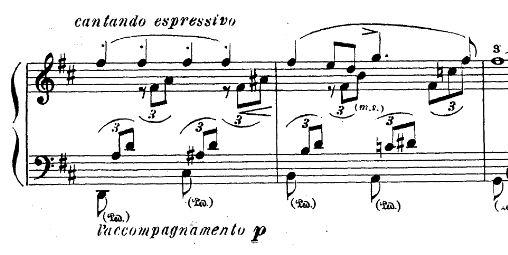 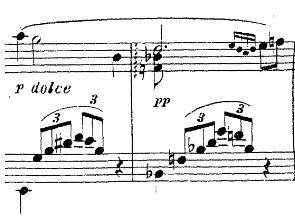 Measure 165-166. The alto here is an interesting voice that is seldom brought out. The same is true of the tenor voice in bar 170. 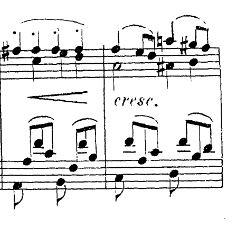 Measure 171. As you listen to the playing of the great masters, you hear a big difference between the sonorities of the themes and the accompaniment. Play this passage tenuto, bringing out the top notes of the left-hand chords and the stemmed right-hand notes as part of the melodic line : F#, F#, F#, rest, E, D, G, F#, F#, E. Make a big difference in tone between the melody and the harmonic notes. 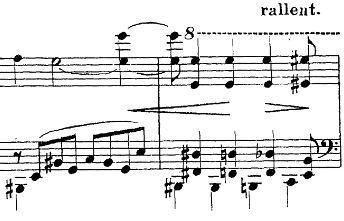 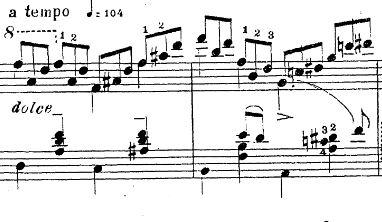 Measure 197 (beginning of the trill cadenzas). This should not sound weak ; it may be marked dolce, but it requires a strong will. 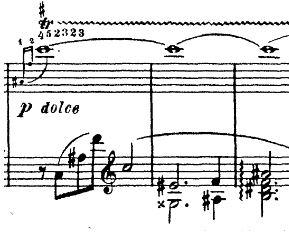 Measure 297. If you observe the rests, you are obligated to observe all the rests. There is another option, however : you can play these two measures with one pedal if necessary to achieve the pesante and fortissimo. It’s a little messy with one pedal, but both pedalings are possible.

Holding the pedal through some of the rests but  not all of them is a poor choice.

Measure 301. The third left-hand chord should read E-natural. Both the manuscript and the first edition indicate E-sharp, but this was Liszt’s oversight. 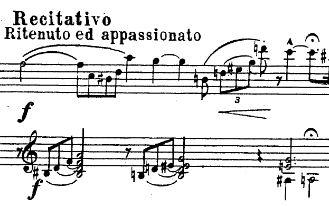 Measure 347. You can play these two measures slower than andante, but the marking is Quasi Adagio, not a true Adagio. You shouldn’t play it so slowly that it is boring! In bar 348 the rest on the fourth beat in the left hand is important. Change the pedal ; this fourth beat begins the new phrase, the music of Gretchen.

By bar 349 the Quasi Adagio has finished ; the tempo applies for only two measures. This A major theme con intimo sentimento needs to move ; if you play it too slowly, Gretchen goes to sleep. Play with a big melodic tone despite the ppp. As in bar 153, it is cantando espressivo, and here it is like a Ricordanza, a remembrance of a feeling in the same mood as the first time ; you remember your past excitement without sentimentality.

Measure 363. In this pesante accompaniment, it is important to show the growing tension before the explosion of passion in E major at bar 367. Show the distance dnamically and emotionally as the music grows. This contrasts with my earlier suggestion to keep the accompaniment at a much lower level than the melody. Here, however, the accompaniment can grow with the melody as the passion mounts.

Measure 395. Note the slur over the right-hand chords at the triple forte. Don’t play separate eighth-note chords with rests between.

Measure 397. The passage is marked dolce, but not piano ; it is triple forte. To play fff dolce takes a master.

Measure 453. These measures have the same feeling as the beginning. 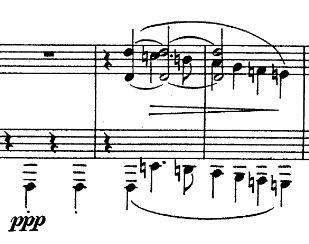 Measure 460 (Allegro energico). The fugato should be in one steady tempo with a good staccato touch, not too soft. 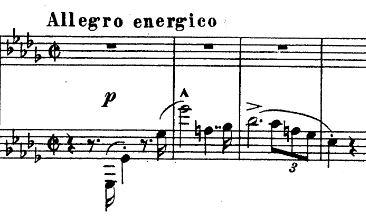 Measure 555 (Più mosso). This should be exciting : it’s like sticking your hand into a 220-volt socket !

Measure 595. These half rests are important. I seldom hear the ritenuto rhythm of the third phrase, with the fermata held correctly.

Measure 650 (Stretta quasi Presto). For security in the upcoming octaves, you may choose not to make a big accelerando here ; but you still need to give the imporession of a faster tempo. This is not a ballade ; it’s nervous. 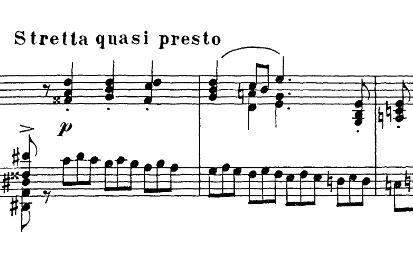 Measure 673 (Presto and Prestissimo). Every phrase of this octave passage has its own meaning. Think internally ; don’t just play notes. Your touch needs to be exact. 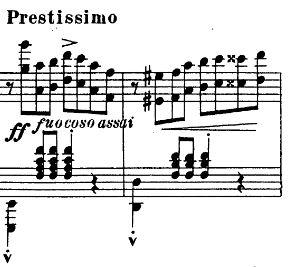 If you are short, do not sit too high at the keyboard ; you should sit, not stand. Your shoulders need to be relaxed, and you should ne able to see the entire keyboard. It is important to sit properly to achieve a good forte and to play chords effectively.

Different pieces require different technical approaches. For example, use only finger motion for the Chopin Etude in thirds, op.25 n°6. In the last movement of the Beethoven Moonlight Sonata, wrists motion comes into play. The repeated-octave section of Liszt’s Hungarian Rhapsody n°6 requires only the wrist, without finger motion. In the unison octave passage in the last movement of Tchaikovsky’s Concerto in Bb minor, you can use the elbow ; for the opening of the oncerto use the entire body. In executing the double trill in thirds (bar 26) of Chopin Barcarolle, use only the fingers. 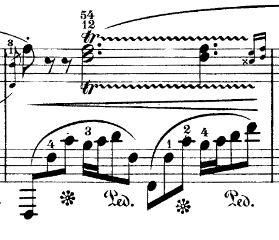 Practice this exercise of Franz Lsizt : in five-finger position, hold down C, D, E, F, and G, repeating the fifth finger eight times, then the fourth, and so on. Play this exercies pianissimo in all keys to develop circulation and freedom ; it is difficult in F major because the fourth finger falls on Bb. After one week you will be able to play the double trill in the Barcarolle rapidly with little difficulty.

Performing requires energy, feelings, and heart. You need to give everything you have if you want people to listen. If a pianist gives of his life and blood, we listen ; if he doesn’t we fall asleep.

Reprinted with the kind permission of the Frances Clark Center for Keyboard Pedagogy – www.claviercompanion.com